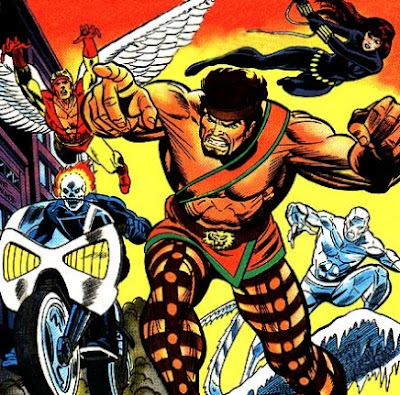 Does anyone remember the Champions?

Yours truly certainly does. While he might not have been around (or alive) when this Los Angeles based team of heroes first banded together in 1975, the brief run of the Champions always intrigued me.

The Champions were presented as 'the superhero team for the common man'. An interesting, if not slightly ironic hook for a group that consists of a Greek demi-god, a demonic motorcyclist, two former X-men, and led by a former, seemingly ageless Russian superspy... 'common' wouldn't be the first word that comes to mind.

Still, most of their adventures were pretty pedestrian. After an initial three issue arc by Tony Isabella that set the heroes up as a team, Chris Claremont was brought in to guest write issue 4. By that time, Claremont had 'only' been writing comics for about six years and it showed in his writing. Thankfully, he had already adopted his pet peeve: mind control. 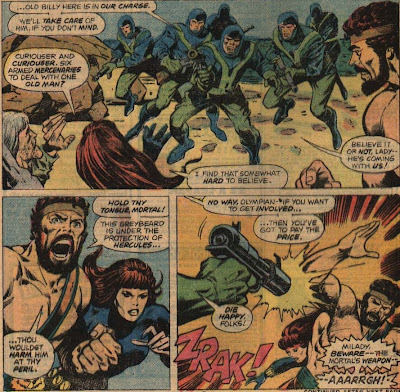 The issue opens with Black Widow and Hercules enjoying a stroll on the beach, when they run into a crazed man who happens to be super strong, despite his advanced age. Seconds after they subdue him, a generic squad of shock troopers shows up and manages to knock them both out. Once they come to, they find themselves the prisoners of... well, just read... 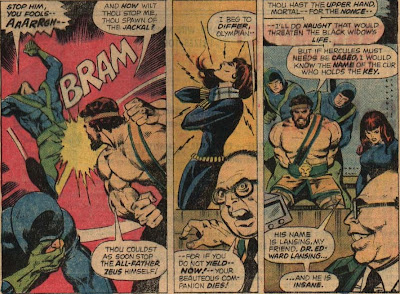 Just how the Widow knows about doctor Lansing is never explained, but he's more than willing to explain what he's up to. Lansing is a psychiatrist who runs a mental asylum, even though he is insane. He's been experimenting on his patients to create a variant of Captain America's soldier serum. Many of his test subjects turned insane and infantile, his first success was the old man the heroes encountered on the beach. 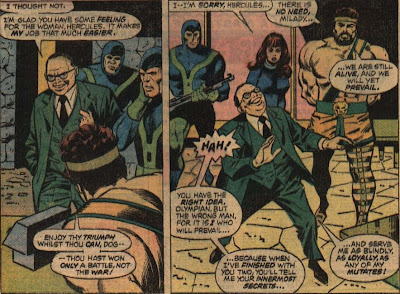 "When I've finished with you two, you'll tell me your innermost secrets... And serve me as blindly, as loyally, as any of my mutates!"

... Ahh, the sight of those future tried and true Claremontisms in their earliest appearances... Almost enough to bring a tear to one's eye. Now, in the years that followed Claremont would take plenty of time and pages to show the gruelling mind control techniques... but in these fledgling years, he cut right to the chase. 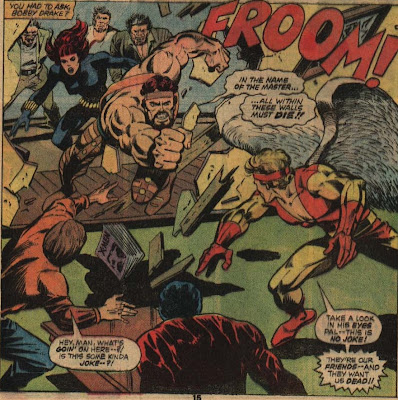 Gotta love that George Tuska art, with tiny details like Iceman reading an issue of the X-men comic. But here we have Hercules and the Black Widow busting into their own headquarters, ready to kill their fellow Champions. 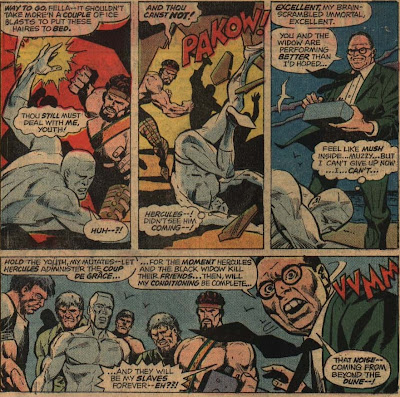 Even in 1975, the threat of doctor Edward Starling and his mind addled zombies really do feel like a throwback to an early 1960s Tales To Astonish back up strip. Starling, both in design and behaviour, would have been a perfect fit for Ant Man's rogue gallery. From his plain clothes appearance to his remarkable likeness to main Ant Man baddie Egghead... Not to mention that bulky box he uses to control his mutates. All of it just screams vintage Stan Lee.

So, why did Starling decide to have Hercules and the Black Widow attack the Champions? Surely, there must have been better targets? Well, it seems Starling wanted the Widow's associate Ivan dead, who happened to be staying with the team at the time. Starling's big blunder was to send a mind controlled Natasha to kill her best friend... 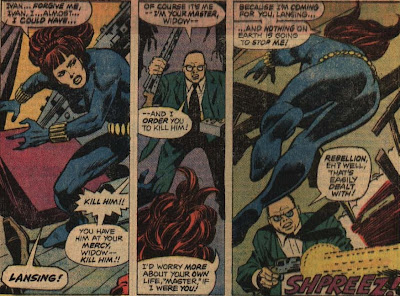 Furious she broke free from his conditioning, Lansing tried to shoot the Widow in an obviously futile attempt to keep the situation under control. Obviously, he failed and then Natasha did this... 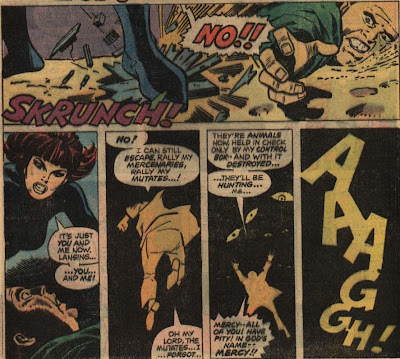 With his control box destroyed, the mutates turned on Lansing and the Champions just... let them kill him? Not too heroic, if you ask me. Still, kudos to Tuska for the creative way of showing Lansing's finale fate in a convincingly creepy way without resorting to gore. Never underestimate the power of suggestion.

Claremont ends his tale on the beach, with Angel having a heart to heart with a remarkably contemplative Hercules... 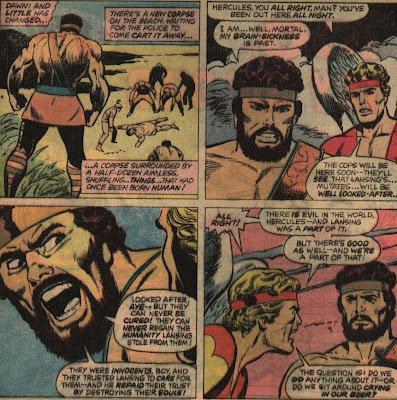 And so ends Chris Claremont's one issue Champions run. A surprisingly fine story, despite the cookie cutter plot, the generic bad guy and the slightly overwrought emotional ending that is a little out of character for Hercules, who must have seen far worse during the countless battles he's been in.

In retrospect, the conversation would have made far more sense if their roles had been reversed so a relatively inexperienced young hero like Warren would be overcome by the sad, unfair fate of the mutates only to have battle wisened Hercules set him straight.

Ah well, live and learn... at least Claremont realised having his bad guys carry around a mind control mcguffin that screams 'break me to conveniently end all this' was a bad move storywise... So its not all bad, after all. Just like the Champions themselves.
Posted by Clarmindcontrol at 9:28 PM