O-Gunning For Mind Control Part I: Big In Japan 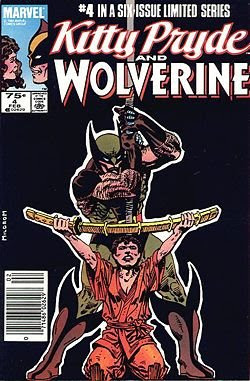 Nowadays, Wolverine's penchant for taking young girls under his wing is well established. Logan's sidekick kick started way back when Kitty Pryde first joined the X-men (as seen in the shortlived Wolverine: First Class series) and it continued on with Jubilee, his goddaughter Aniko right up to X-23.
But Kitty was there first, and her relationship with Logan was the focus of the 1984 miniseries Kitty Pryde & Wolverine that saw Kitty abandoning the X-men when her father Carmen went missing. She traced him to Japan, where she discovered he was involved in a shady money laundering deal with the local maffia... Only to fall prey to mind control. Hey, this *IS* still a Chris Claremont comic after all. 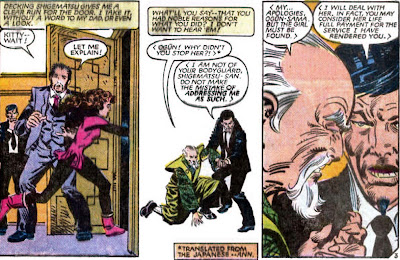 Running away in shock after learning her father is a crook, Kitty's prowess and phasing abilities catch the eye of Ogun. At first glance, he appeared little more than one of crimelord Shigematsu's bodyguards, but appearances can be deceiving. Ogun claimed Kitty for his own and went chasing after her. 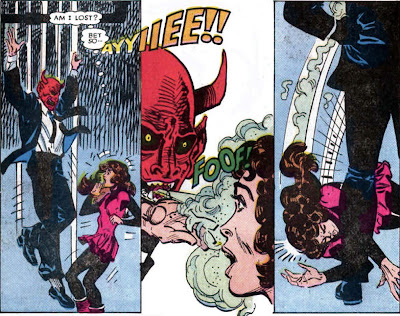 Well, that didn't take long at all... Even when she's intangible, Kitty still needs to breathe so a dose of  knock out gas is the perfect weapon against her. So what does this Ogun fellow want with her? 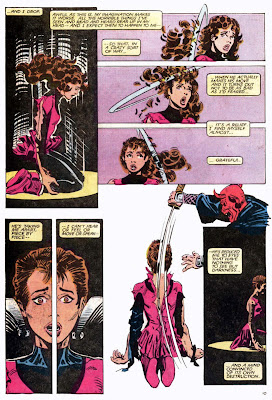 Take a minute to read the captions... As Ogun grooms Kitty to be his helpless slave/student, she is so terrified of all the horrible things she thinks he might do to her, that the actual humiliation he puts her to makes her feel... almost grateful? "Thank you master Ogun for demeaning me in so graceful and swift a manner"? Sigh... Yet, this was just the beginning. 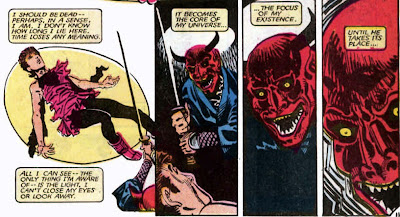 Yours truly first read these issues when he was a kid. To an eight year old, a seemingly invincible shadow ninja with a demonic fright mask was just about the scariest thing imaginable. Its still haunting, despite penciller Al Milgrom's inventive yet ultimately pedestrian art. 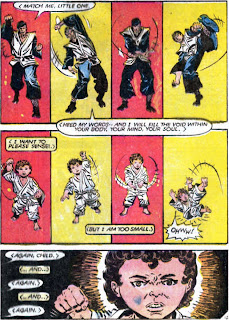 Ogun's plan was simple: remake Kitty in his own image by breaking down her core personality, getting rid of the unwanted character traits and basically build her up from the ground up to be as deadly a killer as he is. And by the end of this process, we got this scene... 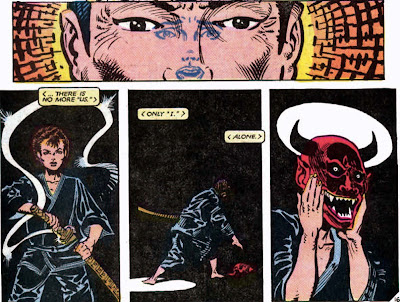 Ogun had succesfully merged his mind with Kitty's, making it virtually impossible to see just where the Japanese master assassin ended and the teenage girl from Deerborn Illinois started.

Luckily, help was on the way. Before Kitty was captured by Ogun, she became desperate enough to finally call her fellow X-men for help. As luck would have it, Wolverine answered... But Kitty was so ashamed about impulsively travelling halfway across the world, she hung up on him. No matter though, Wolverine travelled to Japan to find his 'pum'kin'... and he did.

How that turned out, you wonder? 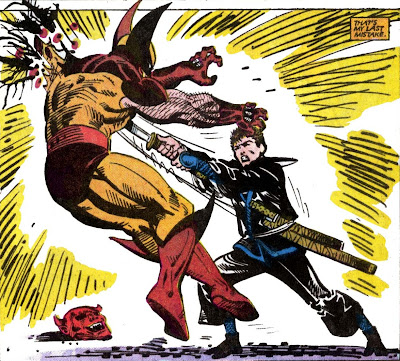 Posted by Clarmindcontrol at 9:58 PM