Back in 1996, the powers that (used to) be at Marvel asked Rob Liefeld and Jim Lee to update and redefine The Avengers, Fantastic Four, Captain America and Iron Man. This caused over 30 years of backstory to get tossed out the window, along with the actual heroes. 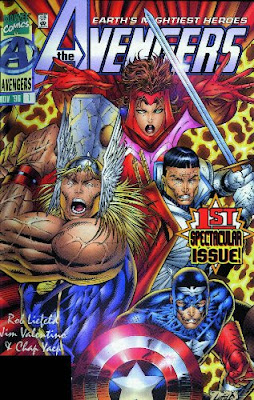 They apparently died during the travesty that was the Onslaught crossover and started out fresh on a new Earth inside a pocket universe created by Franklin Richards who carried it around inside his favorite ball.

If you think thát's a bad premise, you should read the actual stories. What what was supposed to be an ongoing line of titles bombed so badly, it was retroactively called 'an experiment' and mercifully ended after 13 forgettable issues.

Peter David wrote the mini series that returned the heroes home, but by the end of that mini the Heroes Reborn Earth was still around. As it turns out, the departure of the heroes had a devastating effect on the remaining population. Sure, they may only have been fake people dreamed up by a little boy, but figments of imagination need love too.

Unfortunately, what they got was Doom.

In early 2000, Chris Claremont penned a number of Doctor Doom related Heroes Reborn specials that focussed on the good Doctor's efforts to gain control of Counter Earth in order to save it. First thing's first... he needed some help.

In this case, Samantha Dunbar... a woman who risked her own life saving Doom from certain death when she discovered him drowning. He thanked her by making her his assistant, but not without a little tweaking... 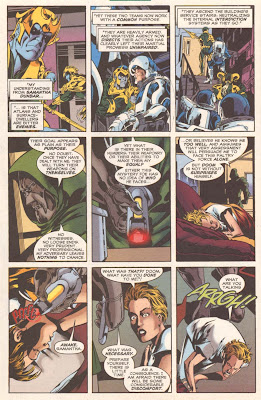 As it turns out, everyone on Franklin's Counter Earth has the potential for super powers. Doom helped unlock Samantha's, and also gave her a costume and implants, linking her to him. What he knows, she knows and vice versa. Talk about forcing people to do your bidding... 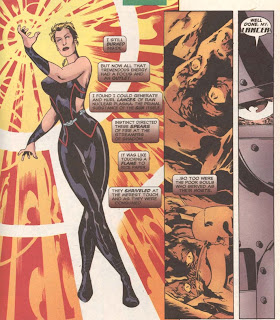 And thus was born... Lancer. A typical Claremont heroine: remarkably intelligent, yet sassy and funny, a natural genius in whatever's required...Add to that the black leather outfit and the tendency to yell out her own codename every other minute and you're good to go.

Time to get to work. In trying to figure out the threat to Counter Earth, Doom and Lancer came across Ashema, a Celestial introduced by Peter David in the Heroes Return mini. She had relinquished her powers and taken on human form in order to understand humanity. It also left her vulnerable... to mind control. 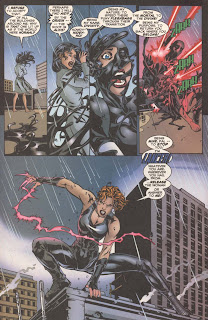 That talkative slick of black oil is called Divinity, a creature capable of bonding itself to a host and draining him or her, while forcing the body to do his biding. Think Venom symbiote, only more chatty.

Divinity was quickly defeated by Lancer, after which Doom offered him a spot as one of his generals. Because...? Well, because even a villain trying to do the right thing needs a group of baddies around him, it seems. Divinity became the first of four generals... Meet the other three. 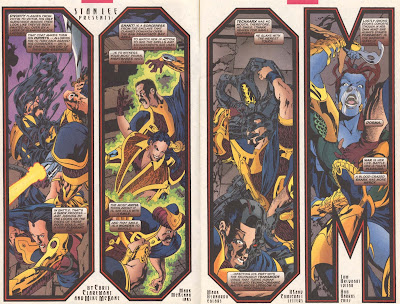 In short, there's Divinity, followed by head battle mage Shakti of the Enchanter's Guild. The techno organic creature Technarx makes three and Dorma, warrior queen of Atlantis rounds out this motley crew of baddies. Yet, despite their obvious differences, they're all just as power hungry and tyranical as the man they claim to obey.

And ow yeah, they sure do love mind control.

Which is something poor Lancer had to discover over and over again... 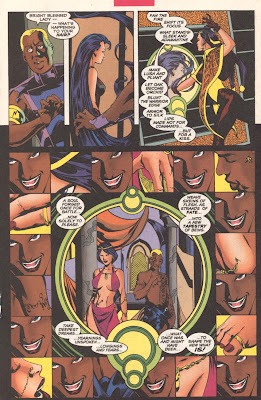 Shakti was the first to try and control Lancer, using her magics to subtly mind control her into believing she was anything but Doom's loyal assistant... Thereby making the good Doctor vulnerable to a coup. Lets see how that turned out... 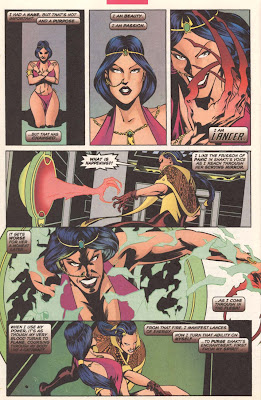 "I am LANCER".
Yeah, nice try there. Also: remember how Doom bonded himself to Lancer, so he would be intimately aware of everything that happens to her? Taking her out would only serve as an early warning system. Ah well, that bit of common sense didn't stop his generals from giving it another go.

Technarx tried to infect Lancer with his transmat virus, turning her into one of his techno organic drones. Sounds simple enough...How did it turn out? 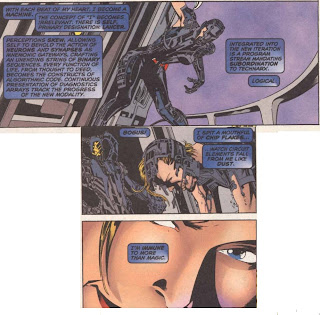 "I spit a mouthful of chip flakes"

... Its been over 12 years since I first read that line and I still can't eat a potato chip without thinking of that particular panel. Weird, eh?

Ah well... When Doom remade Lancer in his image, he not only gave her super powers, he also made sure she was impervious to most forms of mind control. Except his own of course. Its a good bet Doom would have extended the same upgrade to all of his generals, had he known what was about to go down when he met with the Lady Dorma. 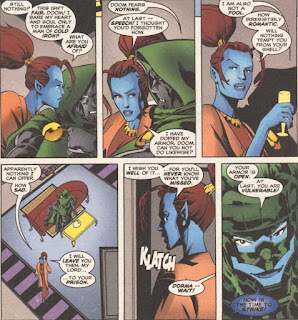 Yes, the villain of the piece finally showed himself: the Dreaming Celestial. A creature with a history so convoluted, I happily refer to his Wikipedia entry if you're really interested in its origins and motivations. Long story short: The Celestial had his own plans for Counter Earth and didn't care for Doom's meddling.

But Doom's armor was too strong to breach, so he decided to take over Lady Dorma and use her looks to persuade Doom to drop his guard. Luring a man out of his shell... by offering him a clam?

Fortunately, Doom wasn't fooled for an instant. He defied the Celestial, managed to return Counter Earth to the Marvel Universe proper and joined forces with the Fantastic Four to take on the Dreaming One once and for all.

This leads to more mind control shenanigans, but we already covered that HERE.

Posted by Clarmindcontrol at 6:40 AM