Let's start off the first proper entry of Kurt Busiek: Word Repetition Central with a look at one of the most prestigious projects of the last decade: JLA/Avengers. Drawn by the equally legendary George Perez, this four part mini series featured every single character ever associated with both superhero teams.


And, judging from just the first issue... Having two teams is as good a reason as any to have people repeat words...

Quicksilver is a two time offender right off the bat, but in Pietro's defense, he *did* just recover from getting one of Starro's squids yanked off his face.

This Quardian Weaponeer takes his merry time repeating orders to stand against the Crime Syndicate.

Impervious to telepathy or not, Terminus is still staggered enough to repeat a single word. 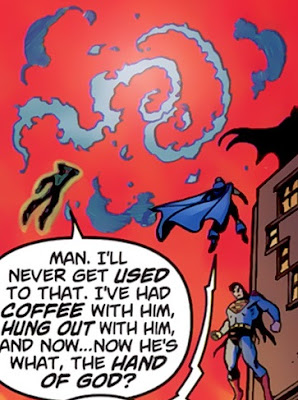 Now Kyle... One 'now' would have sufficed, wouldn't you agree?

Being the fastest man alive, you'd think the Flash wouldn't stumble over words. Especially small ones like 'it' and 'to'... 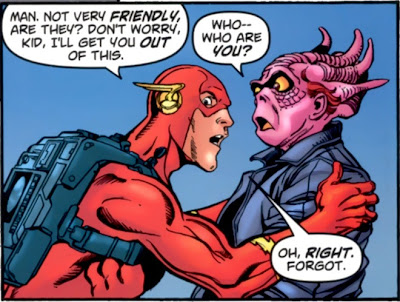 Who...who are you... Thanks for getting that little ditty stuck in my head for the rest of the day. 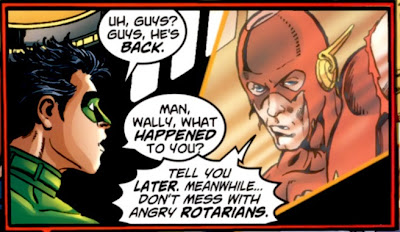 C'mon Kyle, most of those guys have hyperacute senses... They heard you the first time, heck J'onn probably already heard you think it... 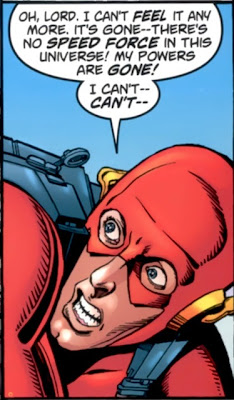 'Can't can't'? Isn't a double negative supposed to mean you CAN do something? 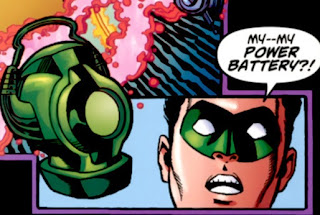 Ow Kyle, keep it together, it's not like you never saw it before... 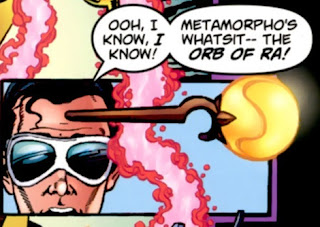 Plastic Man knows something... That actually *is* a fact worth repeating 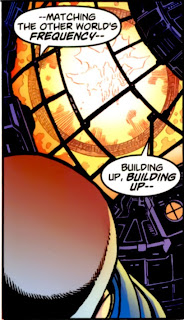 'Building up'? Actually, I believe the correct architectural term is 'skyscraper'. 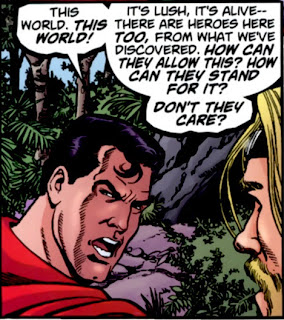 When Superman gets angry, he repeats entire sentences! 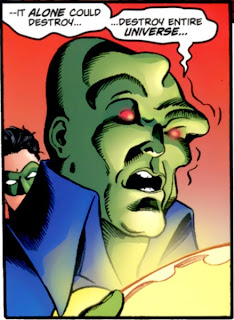 The thought of holding a weapon of galactic mass destruction makes the Martian Manhunter shiver and shimmer with the thought of a two timed universal wide.... destruction. 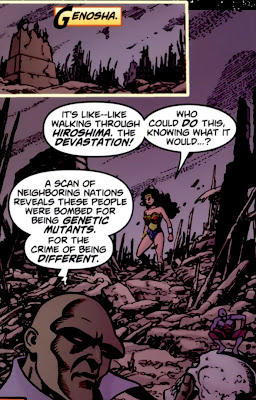 Welcome to Genosha, a place so nice, Wonder Woman said 'like' twice! 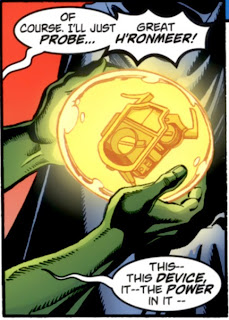 When handed the Ultimate Nullifier, J'onn praises H'Ronmeer,
which is potty Dutch for "Go on, once again"... 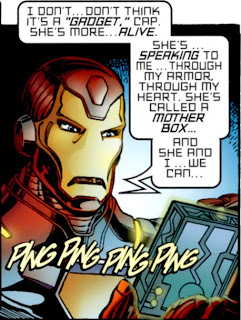 If anyone can recognise a lady box ready for repeat performances, it's Anthony Stark... consummate ladies man. So don't say don't, Tony... You know you wanna ping-ping-ping-ping that mother box.
But good! 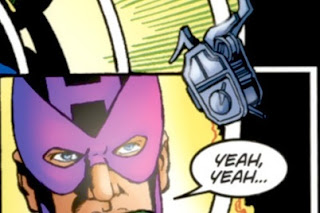 Yeah yeah... I agree with Hawkeye, we get the point by now!

Posted by Clarmindcontrol at 12:55 PM

Hilarious. Just one of the writing tics that i dislike in busiek comics, along with the constant incomplete setences such as "But--!" and "You--!" and "Wha--?!" and so on. Dialogue does not need to be truly representative of how we speak, nor do we ALL SOUND ALIKE, Kurt!