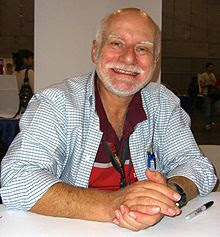 Don't you dare smile like that, Chris, you magnificent b*stard, it'll only make this transition more difficult.

So, before yours truly really suffers the ill effects of an intermittently accumulating saline solution deficiency (aka: crying his eyes out) by all means, let us look towards the future and welcome the new subject of this blog: 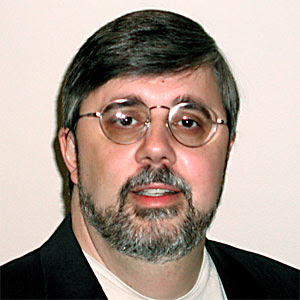 Starting out as a fan, Busiek became involved with Marvel in the mid 80s, even suggesting a viable way to revive Jean Grey. However, he didn't become a household name until 1994 and the debut of Marvels, the paradigm shifting mini series famous for Alex Ross' painted art.

Busiek went on to spearhead the late 90s revival of classic Marvel Universe staples like Avengers and Iron Man. He also collaborated with artist Mark Bagley to breathe life into one Marvel's most recent mainstays: the Thunderbolts.

So, will we now focus on Busiek's use of mind control? 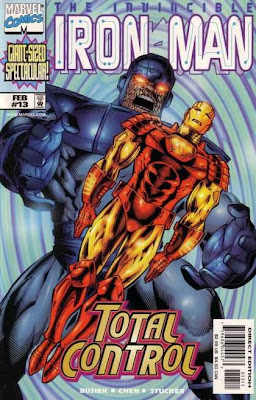 Welllll... We could, but let's try and be a bit more original. We'll zoom in on a tick that's truly Kurt's: repeating words for no apparent reason. 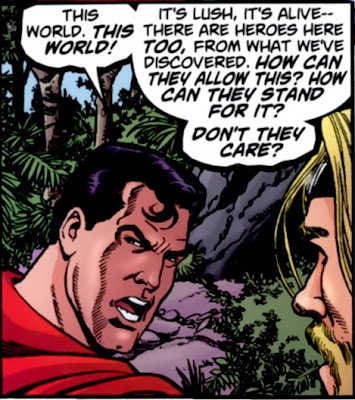 Just look at Superman wasting valuable bubble space by repeating a point he already made in the first line. It's hard to say how this slipped into Kurt's writing. Could it have been about money? Possibly... Back in the day writers were paid by the word, so repeating a few just made monetary sense.

However, by the time Busiek made his mark on the (Marvel) landscape, this old trick had pretty much run its course and there were better ways to express confusion, arrogance or seething anger...

Yet, as this blog will prove, no one bothered to tell Kurt!

... Check back next time for our first venture into the land that words repeated.

Posted by Clarmindcontrol at 3:33 AM