Remember when Chris Claremont decided to relaunch Excalibur as a series based on Genosha, starring professor Xavier and Magneto as they tried to help rebuild the devastated island after Charles' twin sister Cassandra Nova had demolished it with gigantic Sentinels? Hey, the year was 2004, it was a different time for all of us... 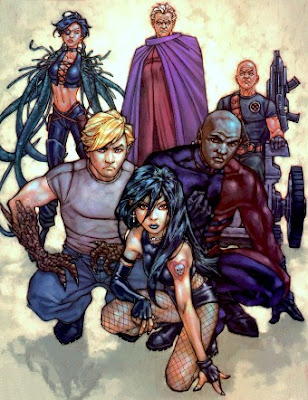 The first issue opens with Charles Xavier being dropped off on the shores of Genosha, carrying a casket that contains the body of... Magneto?

Yeah, this is a tricky one. Excalibur vol. 2 as the Genoshan adventures of the professor and company are called, follows hot on the tracks of one of Grant Morrison's final New X-men stories. Morrison had revealed the wise, peace loving mutant turned teacher Xorn to be Magneto in disguise... And before the X-men were able to stop him, Magneto had turned New York into a warzone, killing over 5000 people. Now, Xavier has come to Genosha to give his 'old friend' a proper burial.

But it doesn't take long for him to get noticed by the local population who are trying to survive in the rubble of a once green and peaceful land. Charles is shadowed by a peculiar young girl...

Her name is Wicked and her mutant abilities take mind control to the next level. Y'see, she controls ghosts. Her powers allow her to summon the ectoplasmic forms of the dead and force them to do her bidding... It's mind control from beyond the grave. And, considering over 15 million people died on Genosha during Cassandra's Sentinel attack, she has plenty of cannon fodder.

Wicked and her friend, the young mutant shapeshifter called Freakshow, are forced to help out Xavier when he gets himself into a fair bit of trouble...Several Genoshan mutants aren't too pleased to see him, most notably the old X-men foe Unus the Untouchable who had gathered a band of mutant thugs to show Charles who was running the show. Unfortunately for poor ol' Unus, Freakshow ate him 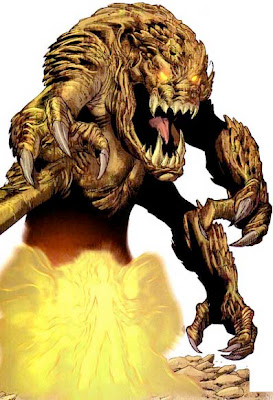 With the threat of Unus dealt with, Charles decides to take on Wicked and Freakshow as his latest pupils... and that means exposing them to a little mind control. 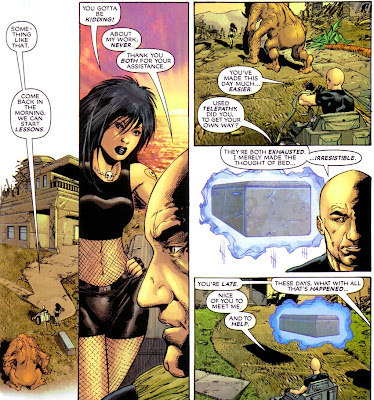 "They're both exhausted. I merely made the thought of bed... irresistible."

Charles Xavier used his mental powers to simply... suggest... his young wards went to bed. Much to the surprise of.... 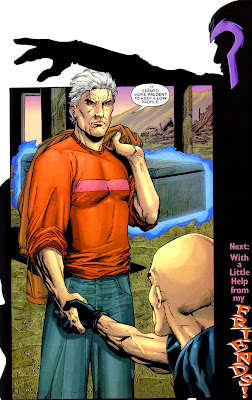 Yeah. It's quite the story to explain how the master of magnetism can be alive and well, levitating the coffin he's supposed to be in. But let's skip that...let's check in on Unus. 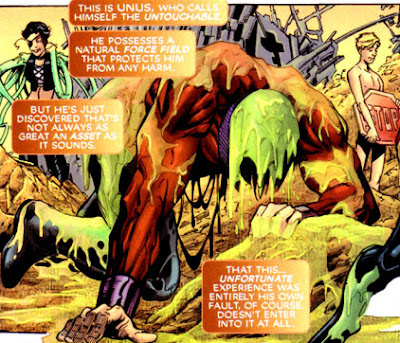 ... Yup, eventually Freakshow reverted to his human form (the naked boy with the stop sign covering his genitals) and spit up the Untouchable Man. While Unus couldn't be hurt, his ego sure received a major pounding.

Posted by Clarmindcontrol at 2:07 AM