Ah, love... it truly is a many splendored thing.

Remember how professor Xavier used to have a thing for Lilandra Neramani, the now deceased ruler of the starspanning Shi'ar empire? Theirs was a love both long distance and improbable. And ow yes, fraught with mind control.

Before her first appearance in Uncanny X-men # 105, Lilandra's presence was felt through the many intense nightmares Charles Xavier had been experiencing. The one constant in all his vision like dreams was a human creature dressed in an advanced, alien spacesuit. At first, Charles dismissed all of it, chalking them up to mere fatigue... But alien astronauts become kind of hard to ignore once they actually beam in for coffee... 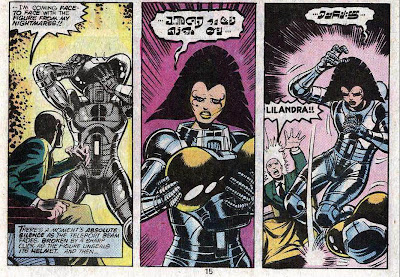 Notice how Xavier instantaneously knew the alien's name was Lilandra? A lucky guess, you say? Well, not quite. Claremont actually tied this arc to a storyline from the original X-men run in the late sixties that featured the alien menace known as the Z'nox.

Back in the late 60s, Charles became aware of this warlike, psychopathic race that was totally devoid of love, empathy or mercy. Worse of all: The Z'nox were gathering their forces to invade Earth. In an early example of Professor Xavier is a jerk! syndrome, Charles decided to keep sitting on this information (no wheelchair pun intended). He became convinced he alone was capable of warding off the Z'nox so he faked his own death and went underground for months to prepare and a plan.

Eventually, he devised a way to defeat the psychopatic, unfeeling alien race. Using his massive telepathic talents, Charles contacted every sentient being on the planet at once, explaining the situation and asking them to focussing on all that is good and noble about mankind.

He then focussed all these thoughts and emotions in what can only be described as a 'decency beam' that he fired straight into space towards the approaching armada. All these 'good vibrations' caused the Z'nox great pain and forced them to abandon their invasion plans... The 60s, everybody! 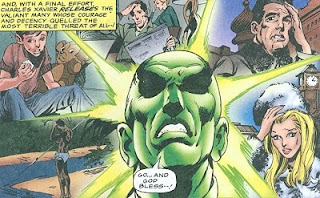 Right before Charles Xavier fired off his mental love rocket, Shi'ar princess Lilandra Neramani had just escaped her pursuers. As the disapproving younger sister of the mad Shi'ar emperor D'ken, Lilandra was rather unpopular with both D'ken and the military. They all planned for Lilandra to have a little 'accident'.

But she survived, as this Claremont written issue of Classic X-men shows... Only to be caught in the backlash of Xavier's Z'nox attack. 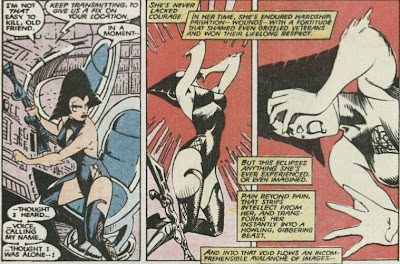 Falling victim to an unwanted wave of alien emotions, Lilandra scrambled to her feet. But... Were they hers, really? 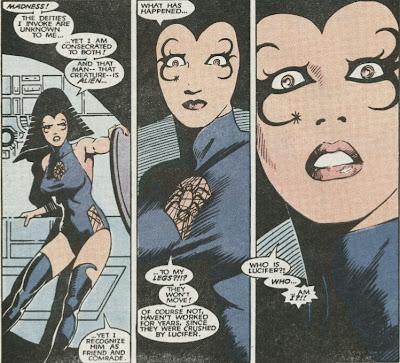 In a flash, she not only saw Charles Xavier's life pass before her eyes... Somehow, she connected to his very being and got mind controlled by it... 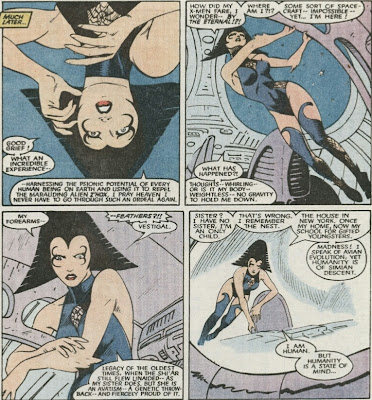 " I am human. But humanity is a state of mind..."
Speaking of state of minds... it wasn't long before Lilandra got Charles' entire mind forced upon herself... 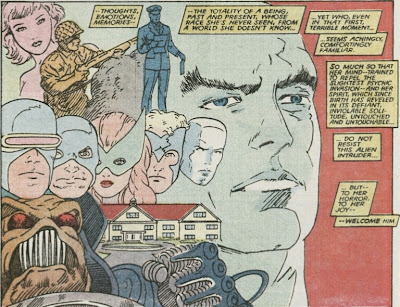 "Yet (...) even in that first, terrible moment... her mind... trained to repel the slightest psychic invasion... and her spirit, which since birth has reveled in its defiant, unviolable solitude, untouched and untouchable... do no resist this alien intruder but (...) welcome him."

For what were supposed to be basic Classic X-men back up strips, Claremont sure gave his readers their money's worth.

Two minds, fighting over just who is in control. Wonder how that'll play itself out... 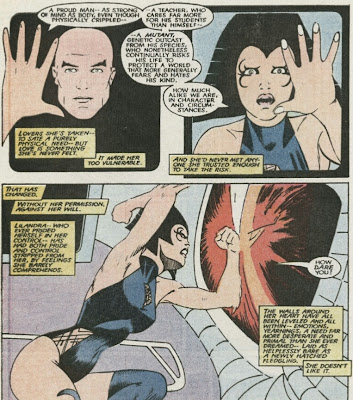 To be fair, who would enjoy waking up one day to find yourself violated by what can only be generously described as a chimpansee's mind?

As unfair as this may sound, that is how humans must appear to the Shi'ar, a race of avian (!) aliens that rule large chunks of the known galaxy. And to have one of the ruling cast fall hopelessly in love with a mammal? An invalid mammal hailing from a backwards, backwater little world that hasn't even mastered basic interstellar travel?

That'd be like the daughter of the president shacking up with a peg legged duck. Both unheard of AND uncalled for. Still, its what happened once Charles and Lilandra met up.

And not long afterwards, we learn just what Lilandra was running from before she got herself accidentally mind controlled by her one, true love.

Meet the big meany, the one thing Lilandra fears above else... Even D'Ken himself doesn't disturb her half as much as this... 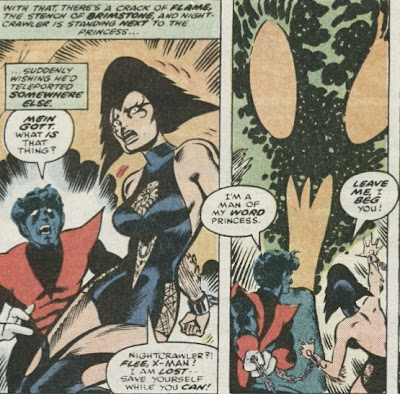 Its a Soul Drinker, an outer dimensional creature that enjoys sucking down on the soul of D'ken's enemies... still, how hard would it be to avoid the creature? Why not run away from it? 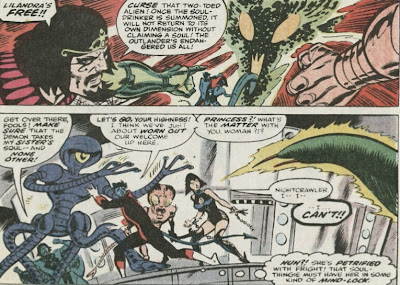 Having an alien, mind controlling creature coming for her soul... Threating to suck it out and forever make her a part of itself made Lilandra feel very scared indeed. Yet... isn't Charles Xavier every bit as much an alien creature trying to control and consume her mind? And you share your bed with him!

Yeah... the irony slaps you in the face about as hard as the soul sucking Shi'ar creature.

Posted by Clarmindcontrol at 12:59 AM