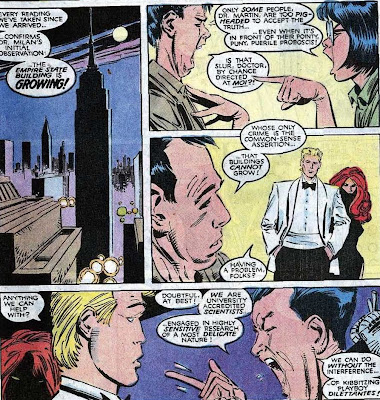 "The Empire State building is GROWING!"

One of Chris Claremont's best loved traits as a writer is his knack for casually introducing seemingly irrelevant characters that eventually blossom to fill a far more prominent role. Case in point: these scientists arguing in the background in the opening pages of Uncanny X-men # 240.

The reason they thought the Empire State building was growing that, well, it was... New York was about to be hit by Inferno and the city's landmark was the focal point of the demon invasion. Madelyne Pryor would soon turn into the Goblin Queen and she was already being surrounded by demons. 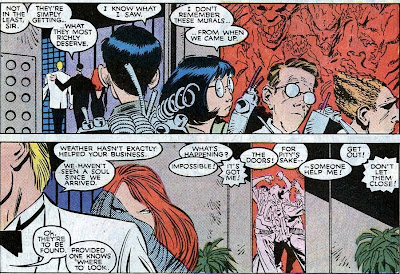 "I don't remember these murals... from when we came up."

Yes, Madelyne had sicked her personal demon dogs on them... And, apparently the poor, hapless scientists didn't survive the experience. 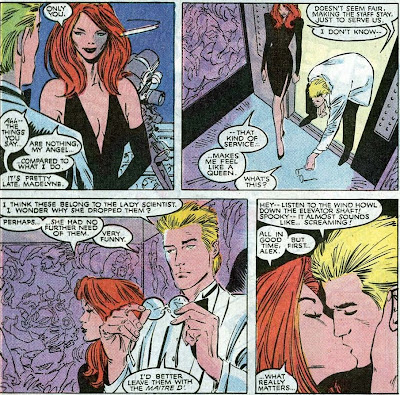 "I think these belong to the lady scientist. I wonder why she dropped them."

So that, it seemed, was that, for the silly looking cadre of academics... That is, until Uncanny X-men # 244, in which Jubilee was causing ruckus in an LA mall during her first appearance... 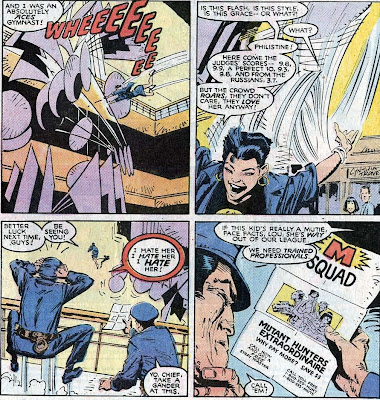 So, do I need to say it, really? The mall cops called these guys in... 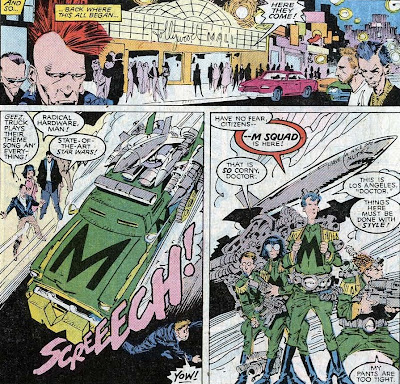 Well, how do you like them apples? They actually survived being attacked by demons... and apparently, that encounter caused a bunch of ordinary scientists to become mutant hunters? What caused them to change? 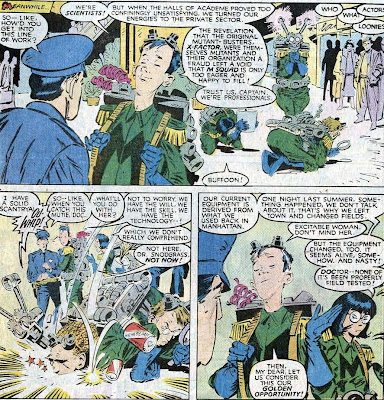 "One night, last Summer, something happened.
We don't talk about it, that's why we left town and changed fields."

Ignoring the obvious Ghostbusters similarities, right down to their car, the M Squad seemed possessed by their Inferno infected equipment. And this band of miscreants had to capture mutant mallrat Jubilee. Luckily, some of the X-men just happened to be shopping at that same mall. 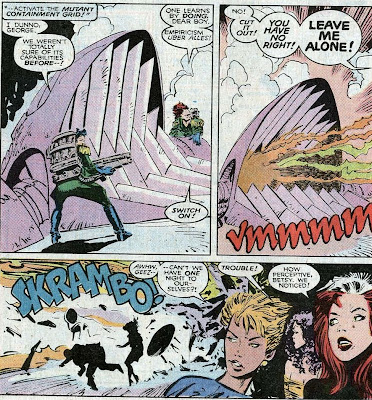 Luckily, some of the X-men just happened to be shopping at that same mall. 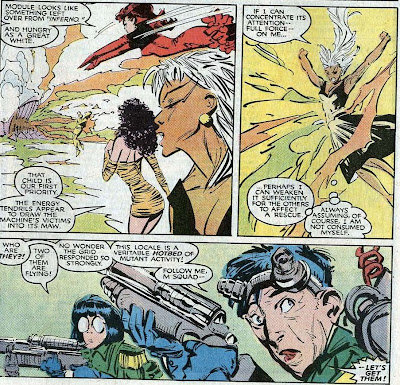 Well, needless to say, even with their Inferno powered weaponry, the M Squad were no match for Storm, Rogue, Psylocke and Dazzler. Before long, the X-women had defeated them and returned to Australia... with Jubilee. 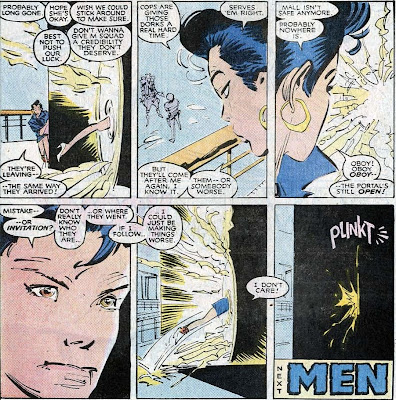 On a completely non mind control related subject... Jubilee decided to follow the X-men home by jumping after them... Only seconds after they'd passed through Gateway's teleportation portal. You'd think she'd arrive at about the same time the X-men would, but no... Jubilee was able to enter the X-men's outback base for months, holing up in the many service crawlways, before revealing herself to save Wolverine from the Reavers.

Ah well, at least we saw the last of M Squad...

Posted by Clarmindcontrol at 9:28 PM