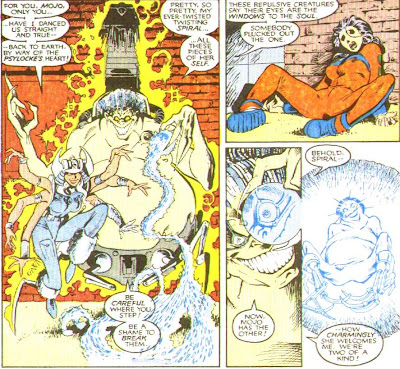 Its New Mutants Annual # 2 and some explanation might be in order. This annual actually preceeds the Uncanny X-men annual covered in the previous post. That book introduced Longshot to the team, this particular tale is usedbring Psylocke in the Marvel Universe proper.

Introduced in 1976 as Captain Britain's mildly telepathic sister, Betsy Braddock had been through through a rather tumultuous decade before this 1986 annual made her an unwitting pawn of Mojo and Spiral. Long story short: Betsy had just recently been blinded by the assassin Slaymaster. While struggling to deal with her new situation, she was abducted by Mojo who outfitted her with bionic eye implants that also served as cameras that allowed everyone in the Mojoverse to look through her eyes in real time.

In retrospect, this single story idea makes Claremont responsible for the world's first ever reality tv show. But this being Big Mojo rather than Big Brother, the producer needed a little more excitement and decided to stir up some mischief for ratings through the medium he knows best: the airwaves. 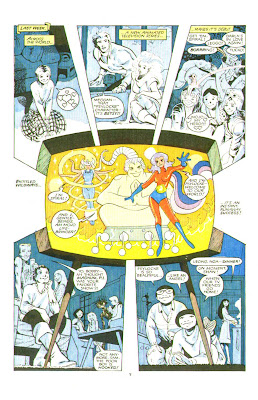 With Psylocke firmly in his thrall, Mojo made his 616 television debut on a kids' show that swayed a rather eclectic bunch. Some of the New Mutants showed up, joined by Karma's siblings Leong and Nga and last but not least Butch, Darla and Alfie who had previouslyappeared in the Longshot limited series.

Mojo and Spiral already pretty much controlled their minds by the time they showed up, but Mojo decided they weren't quite there yet so he had Psylocke use some previously unknown and never mentioned again super power to empower Karma's brother and sister so they would, well... 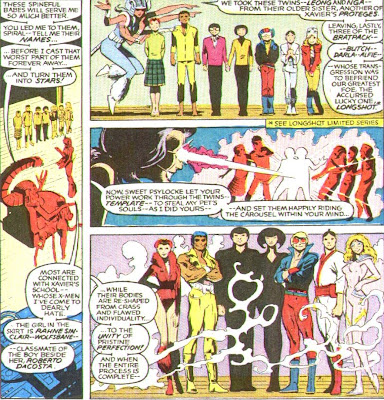 By artificially ageing the mind controlled Leong and Nga, Mojo unlocked their superpowers which were a variant of their psyche controlling sister Karma. The siblings were able to mind control and reshape everyone they came across...

Calling themselves the Bratpack after a popular band of 80s actors, they waited around for the New Mutants to come looking for their missing team members. Leong and Nga, calling themselves 'Template', proceeded to use their powers and controlled the team.... with some noteable exceptions. 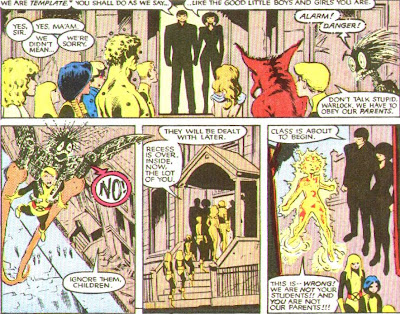 Only Magma seemed unaffected by Template's mind control whammy. After Doug and Warlock fled the scene, she tried to make a stand on her own. Guess how that turned out? 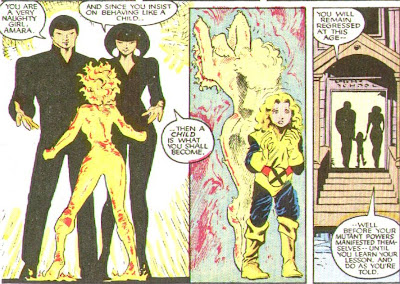 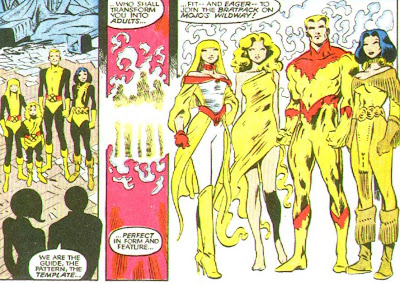 Magma, however, is still less than convinced. 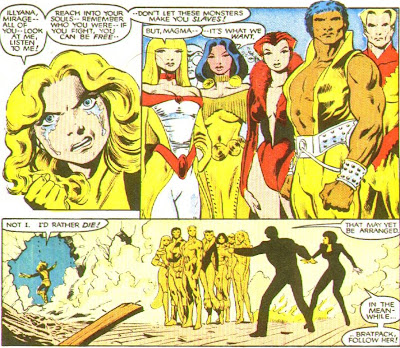 Her desperate pleas fall on deaf ears, as the New Mutants actually declare to love their new adult lives. Frustrated by the situation, she runs off. In the meantime, Doug and Warlock decided to join  forces in a rather extreme way that is by no means related to mindcontrol at all... *coughs* 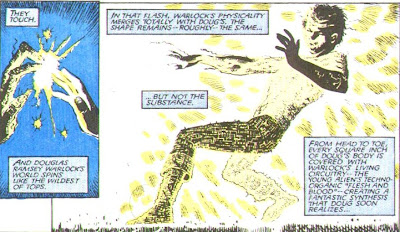 Doug and Warlock quickly discover the Bratpack is being mind controlled by Psylocke, who has been transformed into a Mojo-like creature. Despite gaining new powers through their union, the boys still aren't up to the task of taking her down. 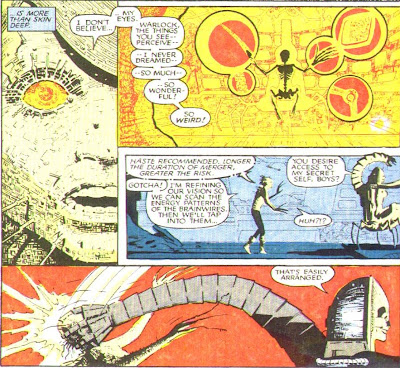 Mojo Betsy yanks their minds out of their bodies and Doug/Lock finds himself in a hellish mindscape that allows penciller Alan Davis to show just how demented the situation really is. 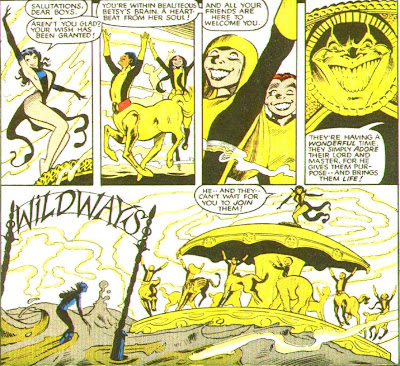 Allusions to Stephen King aside, the notion of having Mojo's mind controlled victims represented as helpless merry-go-round rides is a brilliant one.

Naturally, Mojo Betsy tries to force Doug/Lock to take his place on the carousel, but he refuses and in the ensueing fight it turns out the demonesque Betsy on top of the roundabout is actually Spiral who has danced her way into Betsy's brain. Guess what happens when the team manages to free Betsy's actual mind... 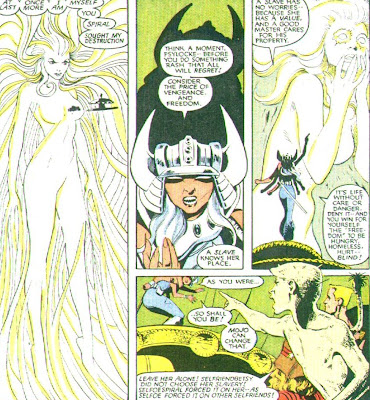 Look at Spiral making a case for slavery... "Sure, there's no freedom but at least you'll still have eyes."  Betsy doesn't buy into this 'generous' offer and forcibly removes Spiral from her mind. And once she's gone, everyone wakes up... naked. 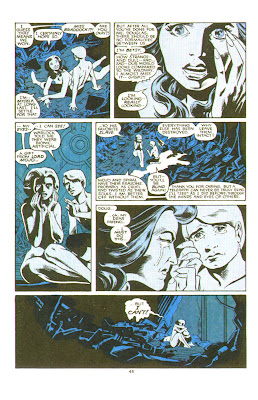 Mojo left Betsy with her bionic eyes intact, which she didn't know were actually cameras, and despite her best efforts she can't force herself to claw them out. The annual ends with Betsy deciding to stay at Xavier's school for gifted youngster for the time being, setting up the sequel in the Uncanny X-men Annual we covered HERE.

Posted by Clarmindcontrol at 5:58 PM

Claremont was really turning into a one-trick pony at this point, wasn't he?