It's the late 1980s and with Summer rapidly approaching, Chris Claremont and the X-men were once again drawn into whatever huge event Marvel editorial had scheduled. In this case, it was 1988's Summer crossover The Evolutionary War. 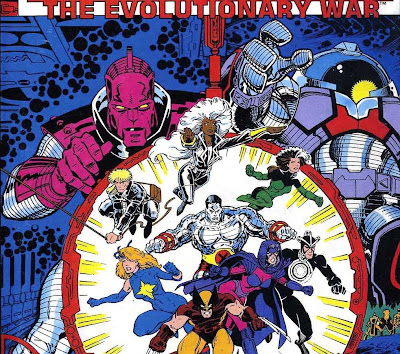 In the other Marvel annuals, the highly evolved geneticist Herbert Edgar Wyndham had been causing all sorts of trouble in an attempt to enhance humanity's ultimate evolution. From sterilising the inhabitants of Subterranea to weeding out South American drug cartels and even trying to obtain the Inhumans' mutating Terrigen crystals... Yes, Herbert had been a busy boy. So what does he have to do with the X-men?

The annual starts with Storm suddenly freaking out and taking off, using her weather powers to generate jet stream winds that propel her towards an unknown direction. Luckily, the others have the means to follow their teamleader. 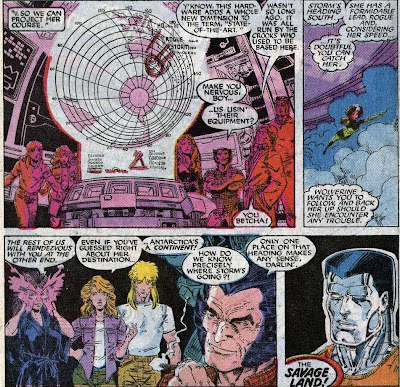 1988 found the X-men smack dab in the middle of their Australian outback era. The team was living in a deserted town that once belonged to their cyborg enemies The Reavers. But underneath the sleepy little shanty town lie a massive, advanced computerised complex that was able to track Storm across the globe.

But how does one get from down under to really down under? Luckily, the X-men also had the services of the mutant Aboriginal known only as Gateway. A well chosen name, for the ever silent old man was able to open up teleportational gateways by swinging his bull-roarer.

Teleporting into the Savage Land, the X-men were shocked to learn it had been devastated. They hadn't been to this small pocket of prehistoric times for quite a while, so they were unaware the massive alien scavenger Terminus had ransacked the place a few years earlier in Avengers.

In the end, the Avenger Hercules was forced to kill Terminus in order to end his threat. Which made the following scene a little hard to explain... 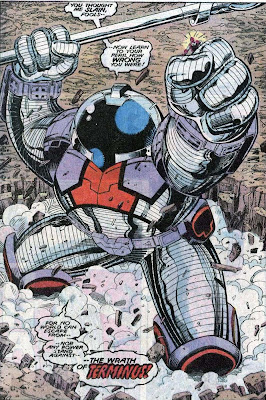 Look out, ol Terminie's back!

And just who is he holding in his massive metal maulers there? Why, it's the High Evolutionary! 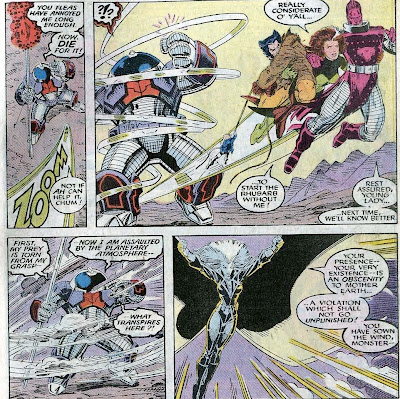 Storm's timely arrival is enough to temporarily knock out Terminus, so the team can catch up with the High Evolutionary. The only reason he's come here is to try and restore the Savage Land to its former glory. In fact, he's already erected a citadel of science there to work on the restoration. Heck, he's even appointed a rather familiar looking local lab assistant called Zala. 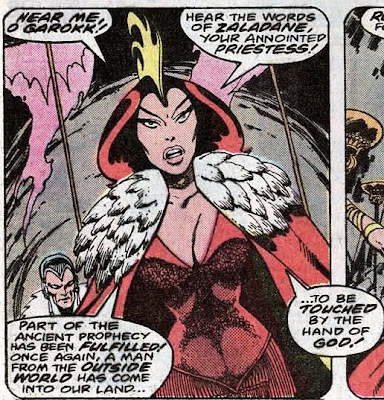 Nah, that's just got to be coincidence...

But speaking of Garokk... the one guy the Evolutionary needed to restore the Savage Land was the former ruler of the land that time forgot... The petrified man who's long presumed dead. That is, until Terminus returned and Rogue hit him where it really hurt... 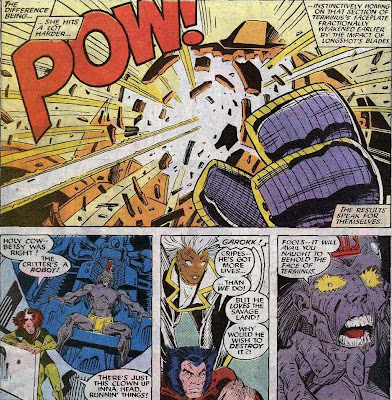 "Fools... It will avail you naight to behold the face of Terminus!"

Terminus? But, wait, isn't that Garokk? Who is able to mind control him into believing he's the exact same force that is destroying his beloved Savage Land? Rogue tries to get some answers by putting the moves on the rock hard petrified man.

Rogue yanks Garokk out of the massive robot before one of Havok's plasma blasts finishes him off. Once he's freed, Garokk remains as confused as ever. 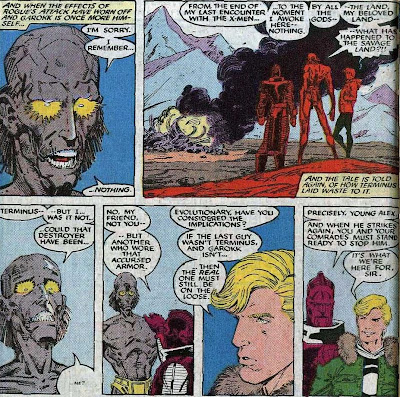 Some unknown (and never revealed!) force mind controlled Garokk to become the pilot of the abandoned Terminus armor. But now that he's free, the once and future ruler of the land that time forgot is more than willing to help the High Evolutionary restore the barren wastelands to their former glory... Even if it literally means giving up his sense of self... 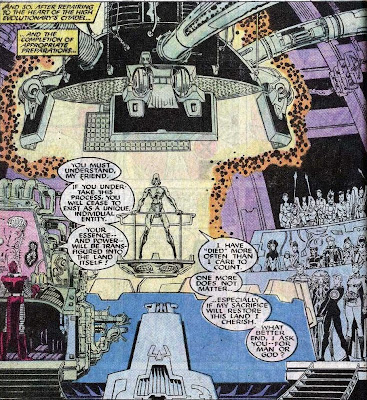 A man made of living rock giving up his life to return life to the rocks he calls home? Such symmetry. The High Evolutionary succeeds in using Garokk's unique energies to restore the Savage Land and everyone seems happy and relieved things have returned to normal. Or have they?

Either way, the X-men's work was done and as they were wont to do in those days, they mind controlled everyone involved in their adventures into forgetting all about them. For safety reasons, you understand. 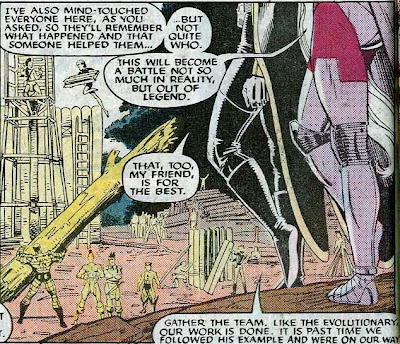 But doesn't this all seem a little too clean cut a victory? Surely, there's gotta be a catch, right? Wolverine certainly thought so...

Turned out... he wasn't wrong.

Not long afterwards, the High Evolutionary left the Savage Land and his high tech citadel behind in order to appear in the remaining issues of his Summer crossover... A crossover that ended in him getting 'evolved beyond godhood', which left his assistent Zala in charge.

I guess it's a pretty safe bet so humble an assistant wouldn't abuse that newfound power, now would she? 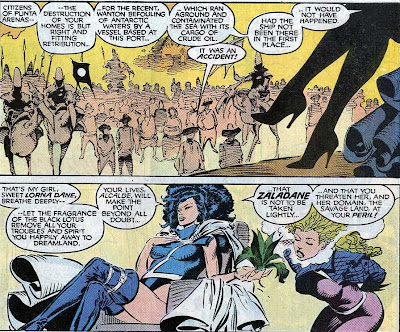 Posted by Clarmindcontrol at 11:28 PM